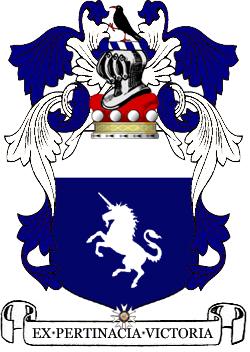 Rank Held in the squadron: Baron

Age of joining the Navy: 9

Reason for joining the RN:

Sum up your captain’s personality and traits: Hot headed, direct, getting the job done.

Captains Quote: Never interrupt your enemy when he is making a mistake

Your captains aims and goals: To become noticed and famed for his dedication for King and Country, and to gain rank.

Please add the name and class of an alts below using the following format.

Started his career in His Majesty's Navy at the age of 9 as a midshipman on the H.M.S Triumph (Sloop) , who was to set sail to the West indies and keep our interests safe. At the age of 14 he graduates the exams, and becomes a 4th lieutenant on returning home to England at the age of 19.

At age 19 he is transfered to H.M.S Newbury (Sloop of War). Again the journey goes to West Indies, but one month out at sea, Raleigh is engaged by 2 Spanish Privateers (1 small schooner, Cazadora and a Sloop of War, Canarias). After a succesfull engagement of these 2 ships, resulting in one retreating and the other left to sink, he is promoted to 3rd Lieutenant, but mission was aborted, because the ship was to damaged to continue without extensive repairs.

At age 23 he gains rank of 2nd Lieutentant and is given command of a Fireship H.M.S Leopard, serving as coastal patrol for 3 years.

At age 26 Raleigh receives promotion to Commander and is transfered to the 6th rate H.M.S Adventure. Serving another 4 years in the Channel Fleet he is promoted to Post Captain at age 30 and given command of the H.M.S Unicorn.

Given orders to return to West Indies with the new Governor of Barbados, he sets sails. Upon reaching the West Indies and only one week from achieving his mission painless, three french ships are sighted with the weather gage at their side. Two sloops of War (Verseau, Yser) and one french Frigate (Courbet). With nothing else to do, he sets all sails, and hopes to be out of cannon range till nightfall, but after 7 hours of fleeing, the sloops have closed in, and leave him nothing else than to be ready for battle. The Verseau openes fire, only doing minor damage to the hull. The Yser - using grapeshot - sweeps the deck and does massive damage to the crew, wounding Captain Raleigh. After a quick recovery, The Unicorn answers by shooting at the Yser, landing a direct hit, making it retreat from combat. The second volley against the Verseau only does minor damage because of bad calculation from gunner. And it can make a swift turn comming out of angles with the guns. After 40 minutes of firing back and forth, the Courbet has come into range of the HMS Unicorn, giving a broadside, doing massive damage to the hull. At this time Captain Raleigh sees no other option as to make a quick decision, having loaded the guns with grapeshot, he makes a sweep at the deck, and gets ready for boardin. A fierce battle rages upon the Deck of Courbet, and Captain Raleigh has to see the HMS Unicorn being shred to pieces by the Verseau, who shoots at the Waterline, after a fierce fight the upperdecks have been captured and the most of the crew enters below deck with everyone fighting 1 on 1 battles.. a little task force has been set to fight off the Verseau, giving it fire from the upper cannons. They have luck with some chainshots and greatly damage the mast of the sloop, that turns and tries to run. After 1½ hours of fighting, the Courbet is conquered and two french sloops of war are beaten.

After some repairing, the Courbet sets sail to Barbados and reaches it one week later. Upon reaching harbour Captain Raleigh get the Command of the Courbet, which is renamed H.M.S Unicorn. At the age of 33 he is still sailing the waters near Barbados, keeping Englands interests as the highest priority.